Autonomous driving is gaining momentum in the automobile industry. Developers have gained interest in this area because of the application of artificial intelligence (AI) and internet of things (IoT) in driving. Conditional automation is a level of autonomous driving that is currently under production.

What is an autonomous car?

An autonomous car is a car that uses technology to operate with little or no assistance from human drivers. Self-driving is achieved with the help of artificial intelligence, cameras, and sensors. The technology that is used in developing these cars is evolving.

There are six autonomy levels in driving.

Introduction to conditional automation in driving

A level 3 cars can also monitor the road and surroundings. It requires the human driver to be aware in case of self-driving failures. When the autonomous car fails, it will require the driver to retake control.

In level 3 cars, the human driver is simply a co-driver who will only take control under certain conditions. The driver can engage in other things, like watching the surroundings or texting.

The autonomous car will handle situations that require an immediate response. For example, when another vehicle suddenly appears in front of the car, the vehicle will perform emergency braking.

A computer system is required in a level 3 car to enhance the processing of information and activities within the car. Extreme computing power is required to support the automation of controls (more than the traditional CPUs).

Graphical processing units (GPUs) are used by automobile companies for processing. However, GPUs haven’t been effective enough to provide the sufficient processing power needed in self-driving cars. This made Tesla introduce neural network acceleration chips (NNA), that have a higher processing capacity than GPU.

An alternative AI acceleration chip that can be used in autonomous driving is the field-programmable gate array (FPGA). FPGAs are better than GPUs in terms of computational power and power efficiency. However, GPUs are more cost-efficient than these chips. They also provide platforms that are easier to use than FPGAs.

Cameras are used to capture the road and surrounding environments. The captured images help the autonomous car to choose the right control depending on the situation. For example, if the camera senses an image in front of the car, it will initiate a braking control. It translates the visual data collected using cameras into 3D actionable data.

Cameras perform well in cold, sunny, and windy weather. Yet, extreme weather such as storms and fog may lead to poor visibility. In such cases, the cameras may not capture visual data effectively. Other sensors may play an important role of detecting other nearby objects during such situations.

Autonomous cars are fitted with infrared cameras to further improve visibility. Infrared cameras have additional capabilities beyond normal cameras, that enable them to perform well in darkness.

A level 3 car uses radar to detect the distance and presence of objects that are in front of the car. Radar helps the car achieve control in normal and extreme weather.

It can enhance self-driving in situations where cameras have limited visibility (for example snow, rain or fog). It achieves this through the use of radio waves. Radar is good at estimating the distance between objects. However, it has limitations with the classification of objects.

Various sensors are used to detect situations and respond to them. For example, the sensors can detect a pedestrian crossing the road, which will prompt the braking system to stop the car.

LIDAR sensors are placed at the top of the car to provide 3D data on the area surrounding the car. These sensors use light waves to provide information regarding nearby objects. Inertial sensors, ultrasonic sensors, and GPS tracking sensors are utilized to monitor the performance of the autonomous car. 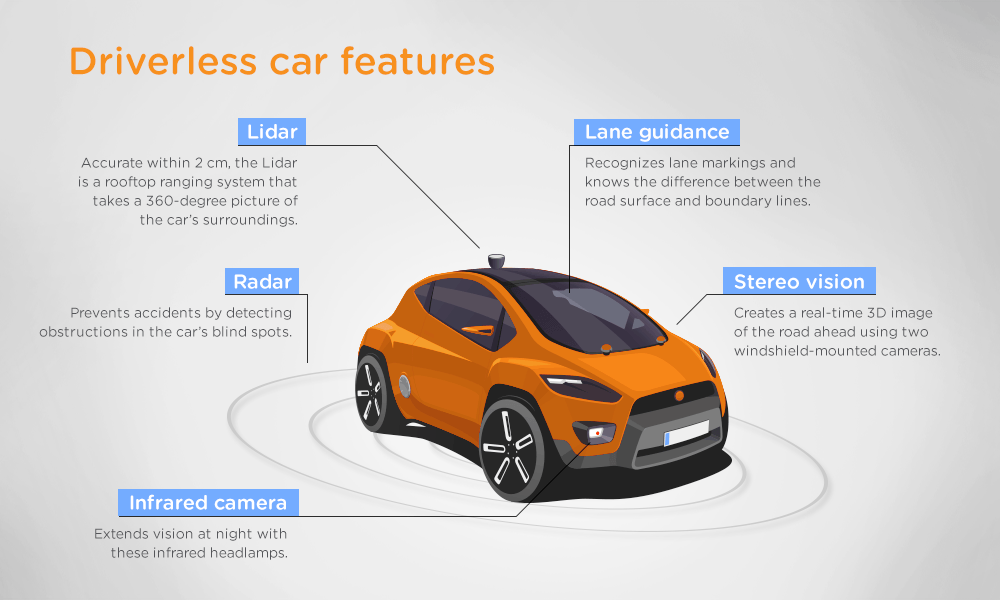 The hardware component performs the initiate controls. Some of the features in this component include Radar, Lidar, camera, sensors, and other physical parts of the car (for example: brakes, steering wheel, and tires).

Analyzing the key activities in driving can help explain how a level 3 car works. 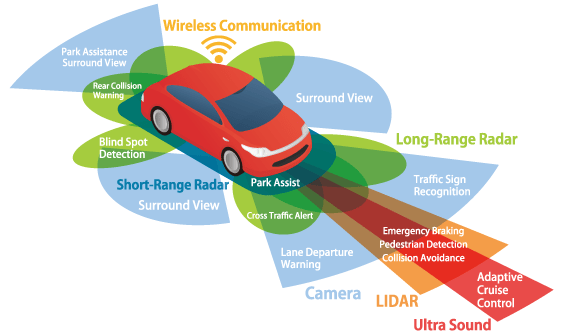 The future of automation

We expect the technology used in the automation of cars to develop. The current level of automation that has been applied in real-life is level 2. Technological innovation has enabled companies such as Tesla and Honda to engage in the development of advanced automation cars.

Recently, Honda was granted the permission to sell autonomous cars (level 3) in Japan. In this regard, Honda is planning to engage in the mass production of level 3 autonomous cars. This is a sign that level 3 cars may be available for commercial use in the coming years.