Intruders are always ready and determined to cause data breaches, install malware, and steal sensitive information. Research shows that websites are hit with 22 cyber-attacks in a day, on average. Embracing cyber threat prevention and detection technologies is significant to mitigating threats.

This article discusses IDS and IPS, their problems, their significance to cybersecurity, and how they compare.

An overview of IDS

IDS refers to software applications or hardware devices that monitor incoming and outbound network traffic for a security policy violation or any malicious activity. We can think of it this way: An intruder alarm sounds an alert if it spots suspicious activity resulting in data and network compromise.

How does this happen? Well, IDS inspect packets flowing across a network to detect traffic patterns and any compromise indicators that may suggest malicious activity.

These packets refer to small amounts of data sent over a network, including the internet or local area network (LAN). They incorporate a destination, source, and data (content) being transferred. An IDS is used to detect potential network compromises in real-time. 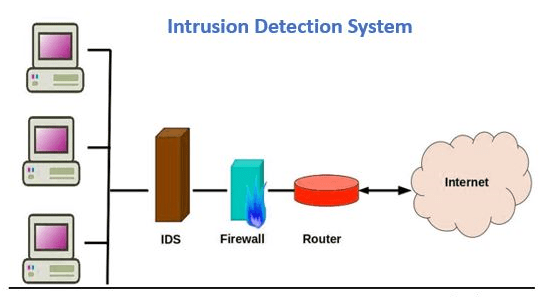 IDS are of two types:

An overview of IPS

IPS are strategically placed between the outside internet and the internal network. Practically in the same area as firewalls. Anything that the IDS flags as a threat, IPS denies it as malicious traffic. The traffic may represent known threats in the database, but the presence of IPS ensures that it blocks the threats, and that there is no delivery of malicious packets.

Can you use IDS and IPS together?

Yes, you can use IDS and IPS together. Many modern vendors are merging these two technology systems into one solution. IDS and IPS are combined with firewalls in a technology known as Unified Threat Management (UTM) or Next-Generation Firewall (NGFW).

Business networks have multiple access points to other private and public networks. It is challenging to maintain the security of these networks and, at the same time, keep them open to customers.

Cybercriminals are also launching sophisticated attacks every day that can bypass the best security systems. This is especially true for those systems still depending primarily on firewalls and encryption. Fighting today’s attacks requires more than these technologies can offer.

Why IDS and IPS are critical for cybersecurity

They can help in these area explained below.

Compliance: In many jurisdictions, part of the compliance requirement is to invest in systems and technologies that guarantee data protection. These technologies are not limited to IPS and IDS, which are significant in addressing security controls. Security controls act as countermeasures or safeguards to detect, avoid, minimize, and counteract threats to computer systems, data, computer networks, and more.

Policy enforcement: Security teams can configure IDS and IPS to implement internal security strategies at the network level. If an organization supports only one virtual private network (VPN), it can rely on IPS to block other VPN traffic.

Automation: Since IPS and IDS are mostly hands-off, they are very applicable for the present security stack. IPS only requires limited resources to protect networks from known threats.

Today’s cybersecurity environment calls for the adoption of both malware detection and prevention technologies. Stand-alone IDS is not enough to protect your system from cybercriminals. But by merging IDS and IPS and combining them with firewalls, you are in a better position to detect and prevent threats. 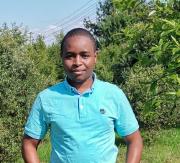