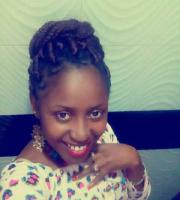 In the past years, applications have always been developed following the monolith architecture. They were coded from top to bottom as a single unit.

Most of the time, they had no structure and capabilities for future maintenance or upgrades, which posed several challenges. They were also difficult to debug or even add new features.

A large application can be challenging to maintain. It’s difficult to add new features and functionalities to such apps.

With the use of microservices architecture, developers can create a small application for each feature. Whenever a new feature is required, a new program is created. Each microservice can be developed and maintained independently.

However, businesses and developers may face challenges when choosing the right microservices frameworks to build robust applications at minimal time and cost.

This article will highlight the aspects that should be considered when selecting a microservices framework for a project.

Pros of the microservices architecture

There are several advantages of using microservices architecture, as highlighted below:

Cons of the microservices architecture

The challenges faced when using microservices architecture in the application are discussed below:

Below are the criteria for selecting the proper framework for migrating from a monolith to a microservice framework.

Developers should identify their application’s needs and determine whether they can be segmented into smaller functions with the required value.

They should do it diligently to determine whether their application can be sub-divided into individual services without changing its core features or operations.

Migration from a monolithic to a microservices architecture is lengthy and tedious. Stakeholders and users should be aware of the time investment, cost, and technical specifications required for the infrastructural changes.

Development teams should work independently since every microservice works as a separate application. Therefore, there should be different teams for each microservice.

The teams should have the required skills and tools for developing, deploying, and managing their specified service.

Microservices should not be too large or small. If they are too large, it would mean that the organization would see the need to use microservices architecture.

On the other hand, organizations may experience high operation costs that outweigh the benefits offered if the framework is too small.

Using APIs and events for communication

Services should not communicate with others directly. Instead, an API gateway that allows authentication, request, responses, and throttling services should be designed.

Traffic can then be redirected from the API gateway to the services.

Microservices are vulnerable to attacks due to their distributed nature and structure.

This means that a different, more secure approach such as the DevSecOps model has to be adopted compared to monolith architecture.

Data storage and management of microservices

Implement different databases for each microservice

The database that fulfills the service needs should be selected. Then the infrastructure that matches the data it contains should be customized for that microservice.

A service mesh ensures that a robust microservice framework has been achieved. Each service is separately maintained but can still access other apps.

Deploying and hosting of microservices

It helps to save time when performing regular maintenance or upgrades. It also assists in preventing a single service from using significant resources.

Such a measure improves fault tolerance and minimizes outages.

Microservices and containers work together efficiently. It’s possible to deploy and manage individual applications independently without interfering with other containerized services.

In addition, containers are platform-independent which is a vital feature of microservices architecture.

Automation tools such as Jenkins automate DevOps workflows through Continuous Integration and Delivery.

Maintenance and operations of microservices

Use of centralized logging and monitoring system

This system ensures that all microservices generate logs in a standard format. This assists in the identification of errors and implementation of appropriate solutions.

It is a popular Java framework for developing microservices. It comes with various extension projects under Spring Cloud.

Spring Boot can be integrated with other frameworks through Inversion Control.

It is a popular microservices framework developed by the Eclipse foundation. It supports multiple languages such as Java, Kotlin, and JavaScript.

Vertx is a tool kit that assists in building reactive microservices that run on the Java Virtual Machine.

Eclipse Vert.x is event-driven and non-blocking. This means that applications built with it support concurrency using several kernel threads. It also lets the application scale with minimal hardware.

Helidon consists of Java libraries collections that assist in writing microservices. It comes with two variants; the Helidon MP and SE.

However, it has not been in the market for long and, therefore, is not fully mature.

It is an RPC-based library that offers vital building blocks for developing microservices using the Go language.

This is a microservice architecture that utilizes Node.js and is popular among JavaScript developers.

As covered in the article, microservices assist in managing applications. However, moving from monolith architecture to microservices can be complex.

The microservices implementation approach may differ for different organizations depending on their needs.

Nevertheless, organizations can utilize the above criteria and best practices when choosing the right microservices for their applications.

As always, the primary goal for all microservices is to use a loosely coupled, distributed, and independent framework. In addition, microservices should follow the DevOps model that promotes automation and efficiency.