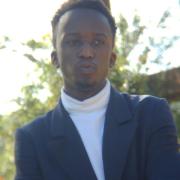 Victor Kamau Wambui is a developer and a student at Meru university of science and technology pursuing a bachelors degree in computer engineering. He is interested in Android software development and Machine Learning in Python.

C# or C++ for Game Development?

For beginners, C# and C++ seem familiar in the beginning. However, in reality, they are distinct programming languages targeting various fields.

This article compares C# and C++ in terms of syntax (which is more friendly), performance (which is more performance-oriented), game development (real vs Unreal Engine) to enable the programmer to settle on a language that he/she is more comfortable with.

C++ could be a general-purpose language and an extension to C programing language. C++ enhanced C in terms of objects and their behavior while maintaining the code speed and general efficiency.

Due its complex syntactic rules, numerous conventions, error-prone memory management, and non-intuitive features, C++ can be difficult for beginners to learn.

C# (C-sharp) is a general-purpose programming language that is primarily intended for use with the .NET framework.

C#, on the other hand, is problem-oriented, which means that its code is simple to read and understand; even for beginners.

C# is also a statically-typed language, which means that the code is double-checked for faults before being included into the application. However, some features are not checked; for instance, the dynamic keywords.

The comparison of C# and C++ is simple to work out. For beginners, C# structure and conventions may appear simpler to know compared to C++.

Let’s take a look at the differences between the syntax rules of both languages:

Since C# is less complicated to master and use compared to C++, it is becoming a popular choice for programmers all over.

However, when developers need to have more control over their projects, they incorporate C++.

The points below show how different the two languages are:

Despite the very fact that C# is compatible with all major operating systems, it is the widely employed in the Windows environment.

C++ on the other hand has no preferred working environment.

From the previous points and explanations, we have seen that C++ has better hardware control on the PC or server.

Therefore, it is usually a more suitable preference for game development. However, this doesn’t exclude C# from the choices.

Game engines allow you to form games without having to stress about physics and animations.

Note that scripting in game engines is different from regular programming.

C# and unity game engines are the best tools that beginners start with. Unity is a real game engine that enables you to produce scripts for interactive content in games.

Every content in unity starts with a game object which gets components to perform certain actions.

You’ll note that once you combine C# and Unity, you will be ready to add additional attributes and make them unique by writing scripts rather than using inbuilt features.

However, beginners cash in the prevailing components resulting to similarity in Unity-based games.

The ability to distribute across various platforms play an enormous role when choosing between C++ or C# for game development.

C++ is less complicated to distribute, but beginners must not choose this language for the primary game development attempt.

Programmers with better skills often choose Unreal engine to develop their games, which is a group of tools with improved capabilities and features.

These tools tend to produce better gaming applications compared to unity and C#.

By using C++ within the Unreal Engine, developers add the most structure of the gameplay system, and designers enhance it.

We have previously discussed the differences between the two languages and have basically seen that C++ is better in speed and overall performance.

There is no specific reason to explain why C++ is better in terms of optimized performance compared to C#, though it is practically/functionally proven.

We will compare C# and C++ in terms of performance to work out why one language is slower than the other, and why the slower speed must not discourage you from using it.

C# has an additional execution step called Just-In-Time(JIT) compilation. This is a form of dynamic compilation and optimization but is not as advanced as the that of C++.

Experts view differences in performance as small and always exaggerated.

The speed factor is not always the biggest priority. For instance, if a developer can achieve his goals much faster in C#, then there is no need of spending time trying to learn C++ principles.

With C++ and Unreal engine, you would possibly take longer trying to urge your code to figure. However, games developed in C++ tend to figure faster and are more polished.

Compared to C# and Unity, C++ and Unreal Engine isn’t beginner-friendly, meaning that developers need more advanced skills to use it.

It is enough for beginners to play around the Unity environment, but if you want a more powerful engine, choose C++ and Unreal Engine.

C# and C++ game development decisions depend on your programming skill level and determination.

New developers should start with a more friendly environment for game creation i.e. C# with unity, and attain Unreal Engine with C++ as their skills improve.