Saiharsha Balasubramaniam is a senior undergrad, majoring in Computer Science at Amrita Vishwa Vidyapeetham University, India. He is also a passionate software developer and an avid researcher. He designs and develops aesthetic websites, and loves blockchain technology. Currently, he is an SDE Intern at Flipkart and a Microsoft Learn Student Ambassador.

A Binary Tree is a non-linear data structure that is used for searching and data organization. A binary tree is comprised of nodes. Each node being a data component, one a left child and the other the right child. Let us dive into the concepts related to trees and implement them into the Python programming language.

For more background on the different types of data structures in Python, check out the following articles:

Note: Prerequisites – Make sure you have basic Python knowledge before diving into this article. It also might be a good idea to check out some linear data structures. (links are given above) 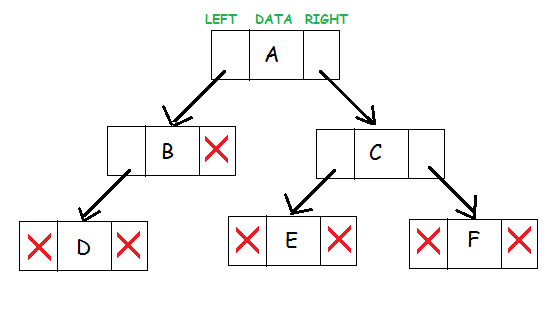 A binary tree node consists of the following components:

Below are some key terminologies related to a binary tree.

A binary tree is a hierarchical data structure, a file system that is organized in the form of a tree. Trees can be used for efficient searching, when the elements are organized with some order. Some examples include:

Once we have defined the Node class, we can initialize our Binary Tree:

In a preorder traversal, the root node is visited first, followed by the left child, then the right child.

In a postorder traversal, the left child is visited first, followed by the right child, then the root node.

Once you have understood the core concepts of a binary tree, practice the problem sets given below to strengthen and test your knowledge on trees.

Implementing a binary tree in Python can be pretty simple, as we saw with the examples above in this article. Binary Trees are extensively used in applications and software, and having a strong knowledge of these concepts will give any developer an edge in an interview.