We all need a way to measure the performance (efficiency) of our algorithms as they scale up. We can perform an analysis on the efficiency by considering the number of resources, in our case, time and space.

In this article we will be going over time and space complexities and how the Big O notation is a standard measure of complexity.

That said, the time to run our algorithms is highly dependent on the software and hardware environment they run in. They are influenced by factors such as:

We therefore need a methodology that is independent of the software and hardware environment that takes into account all possible inputs.

Therefore Big O, (pronounced as Big Oh), describes how well the performance of our algorithms are as the input data grows larger.

It assists us in knowing which algorithm suits which task, and which one is not by estimating the different runtimes of the algorithms. The estimation of how the runtime varies with the problem size is called the runtime complexity of an algorithm.

A simple example of how different algorithms use different runtime complexities, is a tale of a South African telecommunication company with a slow network speed and a pigeon. The company wanted to send some information to its other office which was 50 miles away.

In the article, we will also estimate the Big O of a sample algorithm.

In the code examples, we will use Python for illustrations but you can rewrite them using a language of your choice.

This means that the algorithm does a fixed number of operations no matter the number of inputs.

Let’s look at the code snippet below:

The function first_element() takes an array passed in and prints the first element and does not consider how many elements are present in the array.

Take a look at the graph representation below: 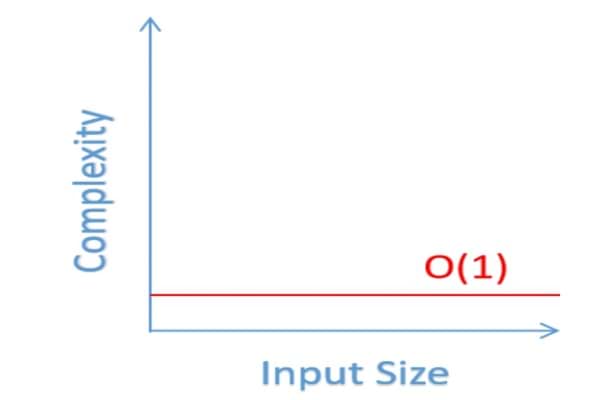 This means that the runtime complexity of your algorithm increases linearly with the size of the input data.

The code takes in an array using the function show_array_elements() and displays the array elements. If the array passed in as an argument only has 1 element, then the algorithm will only take 1 operation to run and would similarly take 300 operations for an array with 300 elements. The number of times the loop iterates depends on the number of array elements.

The algorithm varies with the square of the problem size, n.

The code has two loops, the outer, and the inner. The outer loop iterates n times giving an element to the inner loop which again loops n times, per one loop of the outer array, adding the element given by the outer array and all the array elements. 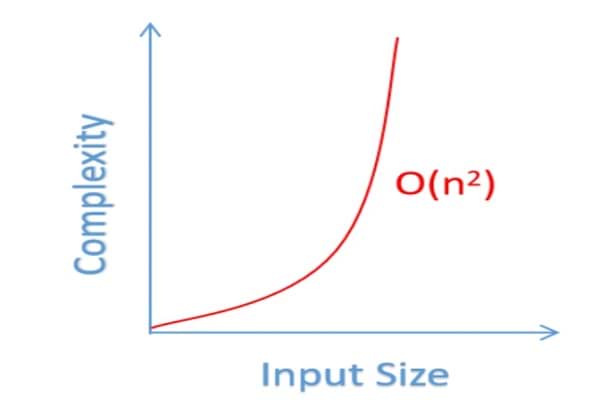 This is associated with the binary search algorithm that searches by doing necessary halvings to get the item being searched for. The essence of this method is to compare the value being searched for, let’s name it X, with the middle element of the array and if X is not found there.

We then decide which half of the array to look at next, which is repeated until X is found. The expected number of steps depends on the number of halvings needed to get from n elements to 1 element.

Have a look at the code and graphical illustrations below:

Step 1 The code takes in a sorted array with 9 elements through the function binary_search() and searches for the value, the parameter named query, 7. It divides it in half and checks if 7 is in the middle.

Step 2 The middle value is 5 and our algorithm checks it with 7 and since 7 is greater than 5, then it will move to the right-hand side.

Step 4 The comparison will be done and we will arrive at 7.

Further example inputs and the maximum number of steps to be taken are shown in the table below:

Determining the Big-O of an algorithm

Here we look at the best-case and worst-case scenarios.

We will base our inferences based on the code below:

Checking the Big O of a sample code

We will look at the worst-case scenario perspective.

We will estimate the Big O of the code below (we are simply estimating its complexity, no conditional checks have been put for the code):

We should start with the innermost loop.

We drop all constants when estimating the Big O notation in that we remain with O(n2) instead of O(2+5n2).

The code above therefore has O(n2) complexity.

That’s all for now. Hope you will consider the scalability of your algorithm next time you write one.