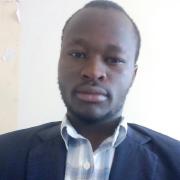 Joseph Chege is an undergraduate student taking a Bachelor in Business Information Technology, a 4th-year student at Dedan Kimathi University of Technology. Joseph is fluent in Android Mobile Application Development and has a lot of passion for back-end development.

To use these packages, you will need NPM CLI. It is a Node.js built-in command interface. It allows you to install and interact with packages for your Node.js/JavaScript project. Most developers understand NPM as an installation pathway. But there is a lot more this tool offers than just basic package installations.

In this guide, we will cover the basics of NPM, see what we can achieve with it, and understand the whole concept of NPM. This guide is beginner-friendly. We will show you how to install, uninstall, and update packages, managing dependencies in package.json, and more NPM tooling that you should not take for granted.

Getting Started with NPM

NPM is entirely written on JavaScript. It is the cornerstone for modern web app development to any developer entirely using Node.js. To get started with NPM CLI, you’ll need Node.js installed and running on your computer.

NPM is bundled with Node.js. If you install Node.js appropriately, you automatically get NPM installed.

Once Node.js is installed, verify if the installation was successful. Run node –v on your command-line tool to get the Node.js version installed.

NPM is a different package from Node.js. It is updated regularly. Once installed, you need to update to a newer version regularly. Check out the latest version of NPM. If you have an old version, download the Node.js installer. Rerun it. The latest version will automatically replace the older version.

Or, use the following command to update NPM to the newest version.

Initializing your First Project with NPM

NPM triggers the initialization of a project. It prompts you the aspects of your project. These aspects will frame out your project. To initialize your first project with NPM, create a project folder, and change the directory to it.

Once this is done, you are ready to initialize your first project with:

This will walk you through the following steps:

Hit enter to roll out a prompt that will ask for the project aspect in the following order:

Once the steps are over, you will be prompted to write this info into your project folder under a package.json file.

This will give an overview of a JSON that previews the information you provided.

A package.json file is automatically generated to save aspects of your project.

Alternatively, add a --yes flag to npm init to generate the package.jsonfile with the default NPM value.

You can change the file aspect later or rerun npm init to overwrite the package.json file with newer values.

Breaking Down the Package.json Metadata Properties

Packages installation is one of the basic commands you will continuously use to add your project packages. NPM has two ways to install a package in your system. Local and global mode.

Local packages are installed in the node_module folder of your current working project directory. npm install is the standard NPM command to install a package of your choice. npm i can be used, where i replaces install.

Every NPM package will be installed in the node_module folder. Running npm install <module> installs the latest package version available in the NPM registry. Open the package.json file. Apart from the project aspect, we initialize with init, the following lines were added.

A devDependencies scaffold will be added to the package.json file.

The main aim of using package.json is to define your application’s dependencies. For instance, if you have cloned someone else project to your local computer, this project will not execute as intended.

You have not installed the necessary packages to run this app. This project has a package.json file with a dependencies scaffold that indicates the packages the project needs.

Thus, you need to go ahead and install these packages. Assuming the project has several packages, it might be tiresome to do that.

To better understand this, install several packages in the project we created at the beginning of this guide.

Go ahead and install the following packages.

The command below installs multiple packages.

Now, assume you have cloned this project from another computer, and you want to install the packages of this project. Go ahead and delete the node_module folder of your project. This will remove the packages installed on your local system.

If you run npm list --depth=0 to list down the packages installed for this project, you will get something close to this:

This indicates that we don’t have these packages installed. Yet the project needs them. The packages are saved in the dependencies scaffold, and can be installed any time you need them.

Run the command npm i. The node_module folder will be recreated. If you rerun npm list --depth=0, your project packages will be resolved. It becomes more comfortable to share your code without restructuring project dependencies.

NOTE: the packages under the devDependencies scaffold are not listed. As explained earlier, we don’t need them to run our app. NPM will not list them as required.

Assume the lodash version installed earlier has a bug, but an older version is stable. You can append @ to stress and specify the variant of the package to install.

Lodash version 4.17.19 will be installed and updated on the package.json file.

Assuming the express bug is now fixed. You can update the package to the latest version available in the NPM registry.

Check if express has an update with npm outdate.

npm outdate check the latest available version compatible with the project. Go ahead and npm update that package.

Let say you installed a package, and no longer need it, or it has compatibility issues. NPM is a package manager and will help uninstall a package with npm uninstall <module>. Assuming you want to uninstall the Moment package from the project dependencies:

Moment will be removed from the dependencies trees.

Packages installed globally are saved on your system and not on your project’s local path. A global package can be accessed and used by any project. That means they aren’t added to the package.json file. Global packages end up in your PATH environment variable. NPM saves global packages in {prefix}/lib/node_modules and drops executable files in {prefix}/bin.

Where {prefix} is /usr/local/ or /usr/. To install a package globally, add a flag --global to the command npm install. The flag --global can be an changed to --g.

These packages are installed to \Users\kim\.node_modules_global path and not saved in our project dependencies.

NOTE: if you are using a *nix system, you need user permission to install a package globally in your system, or the installation will fail with EACCES. Thus, it would be best to use sudo to install packages globally.

Just like local installation mode, you can uninstall, update, or install a specific version globally.

NOTE: npm install... and npm update will try to avoid installing a deprecated package version. NPM will try to find a matching version if possible.

If package a with the following module versions.

Given the above example:

Earlier on, we saw a package-lock.json file created in our project.

This file ensures that all packages version remain uniform across computers where the project is cloned. It saves information about the dependencies and package versions you use in your project.

Run npm outdate to check the versions of these package.

This is how Moment is saved on package-lock.json.

I want you to go ahead and erase the node_module directory and execute npm install. Moment version in the dependencies is 2.20.0. Yet we saw a newer version (2.29.1) of this package. npm install always installs the latest updated version in the NPM registry.

Yet this time it didn’t. The version was already specified in the package-lock.json file. This eliminates the inconsistency of package versions across the project under different computers.

In our case, it will be anything below 3.0.0 (Major.Minor.Minor). This is called semantic versioning. But if the package-lock.json file is available in that project, NPM will match the version specified in the lock file.

Package-lock.json has the following advantages:

When installing the NPM packages, you may have noticed found 0 vulnerabilities on the CLI output. This is a new tool for NPM with built-in security features.

It automatically reviews any install requests you make and returns a vulnerability alert. The command npm audit allows you to analyze your dependencies trees thoroughly and identify any unsafe library. It recommends a replacement or upgrades to a newer version.

To understand how NPM audit works, you may want to install Moment version 2.0.0.

NPM will list down the vulnerabilities available in the version you have installed.

To analyze the entire dependencies trees. It will output a security report and recommend what to do.

To fix this, run:

NPM will automatically resolve these vulnerabilities.

When you install a package, NPM saves a copy of that package on your local computer. A cache is a memory buffer that stores data so that future requests for that data can be served faster.

When installing a package you have used before, NPM will not hit the network. The package is usually installed from your local NPM cache. With time, you may end up installing many packages.

The NPM cache directory will be cluttered with old packages. It would be useful to clean the NPM cache regularly to avoid storing junk files on your computer.

The following command will purge the cache in your project workflow.

Now that you have downloaded a package, how do you actually use that package in your project? The following example will guide you on how to apply Express (a fast, unopinionated, minimalist web framework for Node.js with various HTTP utility methods and middleware at your disposal) to your project.

You have already downloaded express with npm i express. You’re ready to explore express. On your project root folder, create a file. Name it app.js. The aim is to create a simple Node.js server app.

For you to use any package, use require() to refer to the packages you are using in your project, and they will run just as if they were built-in.

For example, to use express, copy the following code to your app.js file.

This way, your app will exploit Express features as if they were built for your project.

There you have it. You have created the world simplest Express server that listens to port 3000.

Create an HTTP to get a request that will send a message to the server you have created.

On your command line, run node app.js. This will give you Application started and Listening on port 3000. If you visit http://localhost:3000/ on your browser, a message hello world! will greet you, sent by your server.

This a basic example of applying the installed express to a Node.js project. If you are interested in learning more about Express, we have a guide that will get you started to express servers and routing.

This guide introduced you to NPM. I hope it gave you a good impression on how best to get started using this amazing tool. It bridges Node.js and NPM.

It provides you with packages repositories—as there are many various packages on NPM. Go ahead and choose any useful package to help you scale out your next project workflow.

Suppose you are interested in learning more; below are some links. Do have a look at them to learn more about Node.js and NPM.

The History of Node.js

10 Tips for Working with Node.js 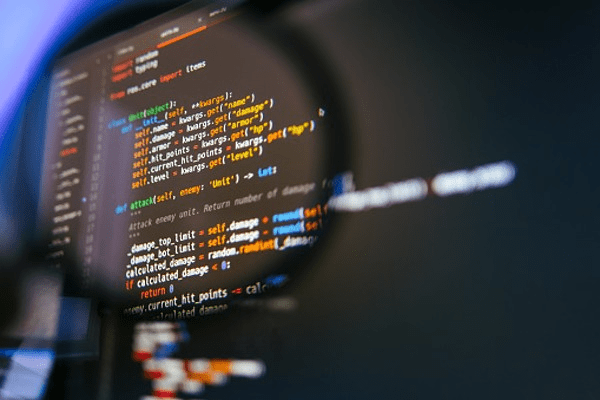