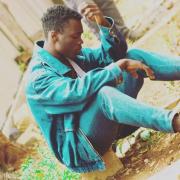 Amayo is an undergraduate student interested in mobile application development and design. Apart from computing he plays rugby for fun.

The reader should be able to understand the following at the end of this tutorial:

Swift uses two methods for memory management: initialization init() and deinitialization deinit(). Initialization in Swift is defined as preparing a class, structure, or enumerated type instance for usage. It lets a user set the default value for each saved attribute. Deinitialization is the process of deallocating class instances when they are no longer needed.

This reduces the amount of memory used by the system. Automatic reference counting has the following roles:

ARC allocates a portion of memory space to hold data on a new instance of a class whenever one is created. The memory contains data on the instance’s type, as well as the contents of all stored attributes connected with it.

When an instance becomes obsolete, ARC releases the space utilized by that instance, allowing it to be used for other reasons. This prevents class instances from taking up memory once they’re no longer required.

Below is an example of how ARC works. The example begins with the class Student that is used to define a stored constant score.

A reference cycle is just one or more elements that refer to each other in such a way that if written on paper with arrows denoting their dependencies, they will have a “cycle”. There are three types of reference cycles in ARC; strong, weak, and unowned references

The code above defines a class titled Player with the vars name, empid, and title. We construct an example of class Player named anderson and provide all of the class’s data to it. By doing so, it gives anderson a strong reference to the object.

A weak reference does not maintain a strong hold on the object it refers to. When it does so, it does not prevent ARC from discarding it. This action keeps the reference from forming a strong reference cycle. The weak term precedes a variable declaration to denote a weak reference.

Below is the process of breaking a strong reference cycle using weak references. Goals is a variable property defined by the Player class. The goals property is optional and is implicitly unwrapped. A constant property of type Player is defined in the Goals class. It also has an initializer that takes a Player instance as a parameter.

We define the player property of the Goals class as weak to break the strong reference cycle between a Player instance and a Goals instance. The player property has to be declared as a variable object with an optional type as it has been done below.

Step one: In Xcode, launch the Starter project in the Contacts directory. Create and run the project and the following should be seen. 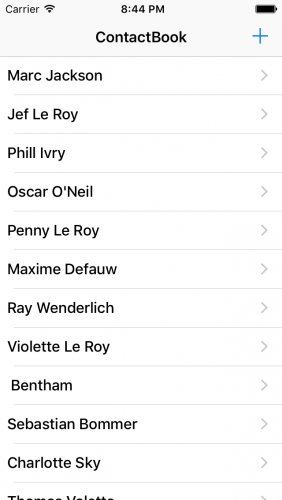 The above screenshot shows a contacts app.

However, there is a serious flaw in the project: A reference cycle is hidden somewhere. Because the leaking items are tiny, a user will not notice the problem for a long time, and their size causes the leak to be much more difficult to track. Xcode 10 includes an in-built tool that can assist users in finding even the tiniest leaks.

Step two: Re-build and launch the program. By sliding two or three contacts to the left to delete them or just tap delete, you can delete three contacts. Isn’t it true that they’ve vanished entirely?

Step three: Scroll to the bottom of Xcode and select the Debug Memory Graph option as the program is still operating.

Step four: In the Debug Navigator, check the Runtime Problems. They’re identified by purple squares having white exclamation points within, like the ones shown here: 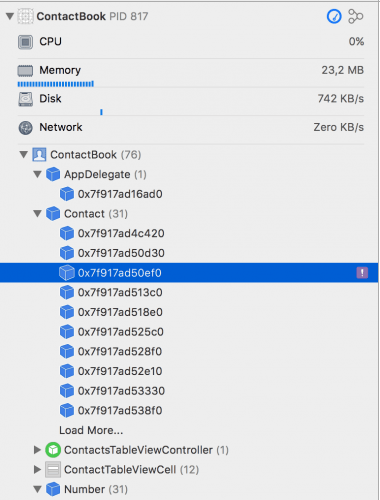 Step five: Pick one of the affected contact objects in the navigator. The cycle in between is brought out. By referencing each other, the contact and number objects retain one another. This means there is a strong reference cycle between the two. These problems should prompt a user to examine the code. Observe the fact that a contact variable can exist without a variable number. On the other hand, a number would not exist without contact.

When an object or an instance of a class is no longer required, it must be deallocated. The memory held by an object is released when it is deallocated hence creating more space. This is critical for the system’s performance and efficiency. ARC allows for a smoother running of iOS applications.