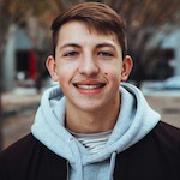 Artificial Intelligence – Does it have a place in our future?

All around the world, artificial intelligence is making its way into people’s lives. This technology is feared by many, but how realistic is that fear? Should we really be concerned?

Artificial intelligence can be defined as the development of computer systems that are able to perform tasks that normally require human intelligence (Lexico). Some examples of these tasks include vision, voice recognition and decision making. In order to complete these types of functions, a computer uses machine learning to determine how to respond to certain situations. These situations build up a data set that allows the computer to compare situations and formulate a response or action. Because of this, the computer can perform better as time goes on and as more data is collected.

Where is AI used?

Artificial intelligence is used in a variety of applications, many of which are part of our everyday lives. Believe it or not, this technology is present in most smartphones today through services like Siri and Google Assistant. These services require AI as they need to be able to recognize voice commands and respond accordingly.

A more complex use of AI is in self-driving cars, where computers use cameras and sensors to map out their surroundings and make decisions based on the gathered data. These types of computations are very complex and require AI and its ability to continually adapt to different situations.

Another growing use of AI is in the medical field. A hospital in Boston, Massachusetts General Hospital, has begun testing with AI that can detect disease and assign treatments to their patients. To date, they have only completed a pilot system, but with promising results they hope to fully implement the technology in their ER (BuiltIn).

What are the concerns?

While AI has its benefits and a large amount of potential, there are a few major concerns regarding its development. In the examples previously discussed, AI does not pose much of a threat, as it is still only doing computational tasks at or below the capability of humans. Concerns begin to arise when AI becomes super intelligent or smarter than humans. Many people fear that AI will develop emotions, but this is very unlikely and narrows concerns to a few key areas.

The first major concern is if AI gets in the wrong hands and is programmed to do something that is wrong. For example, if someone had control over autonomous weapons, the results could be catastrophic. Another concern that many researchers have, as stated by Future of Life, is the possibility that AI will develop a destructive method for achieving a beneficial goal. When AI is given a specific task, it is difficult to set parameters and ensure that the task will be completed in a safe and constructive way. This is a major concern, and one that needs to be heavily researched before this technology takes a bigger stake in our world.

Artificial intelligence is a very powerful emerging technology in the modern world, with the ability to do a vast amount of good. However, steps in this direction need to be taken slowly and methodically in order to ensure safety and minimize concerns.