How to Build Applet programs in Java

An Applet is a small Java program that adds functionality to another application. To run an Applet program, you require an Applet viewer or a web browser that supports Java.

An Applet performs many functions including arithmetic operations, playing sounds, accepting user input, and displaying graphics. A webpage can therefore be comprised of text, static images, videos, and Java Applets.

An Applet program can display images, graphics, as well as play sounds.

To display a Java Applet program on a web page, it needs to be linked to an HTML program.

To follow along with this tutorial, you’ll need to have some knowledge of Java and HTML.

Applets are categorized based on how they are embedded in a web page, i.e. local and remote Applets.

Local Applets are developed and stored locally. They do not require an internet connection to be located, simply because the directory is in the local system.

Remote Applets are stored in a remote computer. You need an internet connection to access them.

The URL address specified in the Applet’s HTML document as the CODEBASE is used to locate and load a remote Applet:

To write and run an Applet program, you need to install an Applet viewer or a browser that supports java.

The following is an example of a Java Applet:

Lifecycle of an Applet

There are five primary stages to follow to create an applet as stated below:

Differences between an Applet and a Java application

An applet is not a fully-featured application.

The differences between Applets and Java programs are:

Converting a Java application to an Applet

A graphical Java application that uses Abstract Windows Toolkit (AWT), and one that opens with the Java program launcher can be easily converted into an Applet and loaded into a web page.

An Applet is invoked by embedding its directive to the HTML file.

We view an HTML file through a Java-enabled browser or an applet-viewer. Then, we use the <applet> </applet> tags to embed an Applet in HTML.

The <applet> tag specifies the Applet that needs to run. The width and height are also included to specify the panel size on which an applet should run. The </applet> tag closes the applet directives in the HTML file.

Note that incompatible browsers do not process information contained inside the <applet> </applet> tag.

To invoke an applet:

Below is how you invoke the Myinstitution Applet:

In this tutorial, we have defined an Applet as a small Java application that runs in the browser. We have also discussed both remote and local Applets.

The tutorial has also shown you how to write Applet programs and include them in a browser. Therefore, you can use this knowledge to craft more powerful applications. 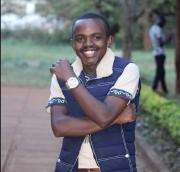 Paul Mwangi is an undergraduate computer science student. He has a very strong passion for web development and cybersecurity.