An Introduction to Graph Neural Networks

Over the years, Deep Learning (DL) has been the key to solving many machine learning problems in fields of image processing, natural language processing, and even in the video games industry. All this generated data is represented in spaces with a finite number of dimensions i.e. 2D or 3D spaces.

Yet, in most current applications, generated data is generated from non-Euclidean domains that represent data as graphs with relationships and mutual dependency between objects. This has led to a growing interest in deep learning research that focuses on the structure of graph data.

In this article, we will cover on:

What is a Graph? 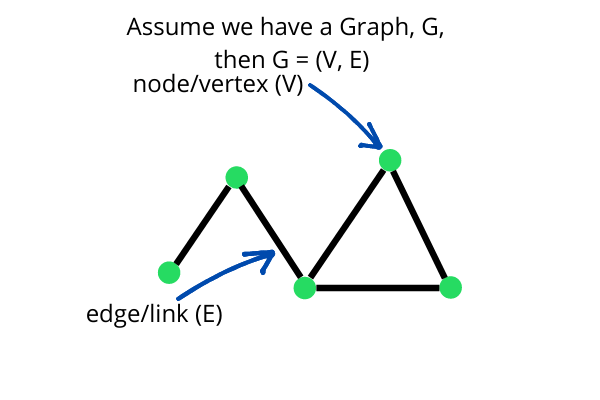 In our article, we will refer to vertex, V, as the nodes.

Let’s take an example of a transportation system. The locations in the system represent the vertices, V, and the connections between these locations representing the edges.

What is Graph Neural Network (GNN)?

GNN is a technique in deep learning that extends existing neural networks for processing data on graphs. 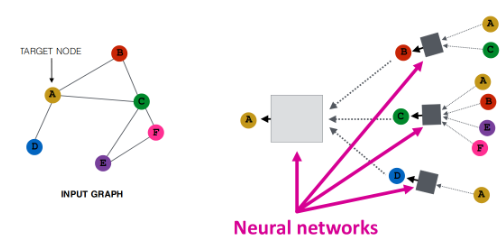 Using neural networks, nodes in a GNN structure add information gathered from neighboring nodes. The last layer then combines all this added information and outputs either a prediction or classification.

Let’s discuss each of these outputs in detail.

Here, every node in the network is assigned a label. The network then determines the labels of new nodes introduced without the ground truth.

A clear example of node classification is illustrated in the image above where the GNN establishes whether node A is either a toxic or safe drug.

Another application of node classification is on protein interaction networks. Here, the nodes of the graph represent different types of proteins. The edges describe the types of biological interactions between them.

Let’s take an example of two proteins in a network of 16 proteins. The 0th (node 0) and 15th (node 15) protein are related to a cancerous disease. The network should classify which proteins are the most related to each of them.

The goal in a link prediction task is to predict the likelihood of two nodes being inter-linked.

Link prediction is used in maps to predict the occurrence of traffic jams enabling the suggestion of alternative routes (links) given the current traffic pattern.

It’s applied in social networking sites such as Facebook. I’m sure we’ve all encountered the friend suggestion notification on Facebook. This is a good application of link prediction.

The nodes are the friends on Facebook while the edges are the relationships between these friends. The network is able to establish the link between two friends (nodes) i.e. mutual friends. Once it establishes a link, it’s able to make a prediction and suggest the friend to you.

The image below depicts the link prediction problem in social networks 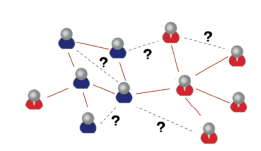 The idea behind graph classification is to classify graphs into different classes. This is related to image classification but the target changes into classifying graphs rather than images.

Social networks have changed the way we socialize and communicate in this era. Graph classification in social network analysis help discover patterns in user’s interaction.

This analysis helps summarize the perspectives and interests of social media users. Information gathered from these analysis can then be used for targeted online advertising.

For example, the network could categorize users into different age groups. Targeted advertisements could then be tailored for these different classes of users.

How CNNs and Network Embedding plays a role in GNN

CNNs structures share weights, local connections and consist of many layer stacked together. These structural properties of a CNN are also shared within a GNN:

Network embedding enables the transformation of input networks such as the edges and nodes of a graph into low-dimensional vectors.

Why would you need to use a library? You might wonder.

As a beginner, the use of libraries enables a faster and efficient way of experimenting with GNNs. These libraries contain:

The top three libraries include:

It has the latest types of Graph Networks, already built in for you. These graph networks are available as single line functions that are ready to be called in the PyTorch library.

Read more about it here.

It’s a python library created by DeepMind Technologies. It helps build graph networks in platforms such as TensorFlow and Sonnet. This library provides a lot of documentation and ready-made collaboration notebooks to showcase how to use their graph network library.

But, it’s important to note that their code isn’t friendly for beginners when compared to the other two libraries.

Learn more about it here.

DGL is the top pick for beginners.

To better understand the use of these libraries, here is an example problem implemented using the DGL library.

It is based on the Zachary’s Karate club problem. Zachary’s karate club is a popular social network of a university used in networks that dates back to the year 1970. The club consisted of a total of 34 members each with close associations outside the club setting.

The earliest studies of Graph Neural Networks fall under this model.

CGNNs work by generalizing the operations of convolutions from a grid format to a graph format. In comparison to RGNN, CGNN employs many layers of graph convolutions. This helps to extract high-level node representations.

CGNNs set the base for building other GNN models.

An example of an CGNN application is the PinSage recommendation system at Pinterest. The PinSage algorithm works by learning the graph node embeddings operating on 3 and 18 billion nodes and edges respectively.

GAEs are deep neural networks that learn to generate new graphs. They map nodes into latent vector spaces. Then, they reconstruct graph information from latent representations.

They are used to learn the embedding in networks and the generative distribution of graphs.

GAEs have been used to perform link prediction tasks in citation networks. These networks contain articles that are linked together via citationships. GAEs are able to categorize these articles into different groupings.

For more details on these models, feel free to read this paper.

In computer vision, GNNs have been applied to solve problems in:

In graph-based recommendation systems, users and items are regarded as the nodes within the network. These systems leverage a couple of relationships towards producing recommendations of higher quality.

The goal of the system is to tell the importance of an item to a user. This can be regarded as a link prediction problem. To find and predict the missing links between users and product items.

In NLP, GNNs are used in the classification of text data. They use the mutual relationship between words in documents to work out the labels in documents.

GNNs have also been used together with Long Short Term Memory (LSTM) and CNN to forecast the number of taxi demands in a particular location within a time interval. It takes into account past taxi demands, weather data, and location information.

Here, GNNs focuses on the study of the structures of graph in different protein molecules. In these molecules, atoms are considered as the nodes and the chemical bonds between these atoms considered the edges.

To sum up, this article has only scratched the surface of Graph Neural Networks (GNN). The article discusses some of the popular graph learning libraries, the various GNN models currently available, and the use cases for GNN.