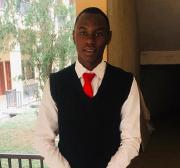 An Introduction to DeFi

The origin of blockchain technology has resulted in a dynamic shift in financial and technological systems. This shift has resulted in how applications are developed and their fundamental structure in their operation.

DeFi referred to as Decentralized Finance, is a dynamic technological evolution of the traditional financial space. Hence, to adequately define DeFi, we need to have a basic understanding of traditional finance.

Traditional Finance is the process that involves the creation, management, investment of money, and financial assets. All these activities are controlled or regulated by a central authority.

In traditional finance, the following are the core properties:

We can define DeFi by examining the following factors:

Decentralized Finance is a system characterized by non-custody settlement, non-censor of transaction execution, and no single protocol governance.

The other dimension of DeFi is Centralized Decentralized Finance with single protocol governance, while there is a non-custody settlement and non-censor of transactions.

How DeFi is built and the roles in DeFi

DeFi is built on top of a decentralized Smart Contract platform. Within the DeFi Ecosystem, we have the following roles:

The protocol is the smart contract where the code is written and executed to create the underlying financial services required by the users.

The keeper is an intermediary between the users and the protocol. The role of the keeper is to send trigger events from the user layer to the blockchain.

A blockchain is a distributed database with Atomic settlement. As a result, the blockchain may need to interact with another blockchain that may have another type of financial asset. To ensure the successful interaction between the two blockchains, a bridge enables the transfer of such information.

The Layers in The DeFi Stack

There are five layers in the DeFi Stack. They are as follows:

This is the first layer of the DeFi Stack upon which other DeFi transactions are logged on the blockchain. On this layer, transactions occurring on DeFi applications are settled through the use of a currency which could be a stablecoin or a cryptocurrency such as USDT and ETH.

The asset layer implements the different financial assets, such as the native protocol asset (Ethereum). In this layer, there are standard protocols on how to interact with the token contract. ERC20 is one of the standards used on this layer to maintain a different balance for the asset.

The protocols are created as smart contracts with rules defined to govern tasks and activities on the asset. The protocol layer is where different types of financial services are implemented, such as Lending, Derivatives, Asset Management, and more. As such, it provides liquidity to the DeFi ecosystem.

The application layer is user-facing. It is an intermediary between the user and the cloud servers that interpolate with the entire stacks of the blockchain and particularly, the underlying protocol layer.

This layer consists of different applications from the application layer, all stacked up into one application to provide user access to other DeFi services. An example is a cryptocurrency wallet with multiple services such as staking, lending, and exchange.

The following are some of the building blocks and services of Decentralized Finance:

These are tokens whose price is tagged to the type of assets such as fiat and precious metal. Stable coins can be created via Off-chain Collateral(Fiat), OnChain Collateral (Crypto Asset), Non-Collateralized (Algorithmic).

Risk and Security Structures in DeFi

The entire blockchain network is susceptible to security breaches of all types. This article is beyond the scope of examining all the types of security risks in DeFi. But as a pointer on the risks that exist on all layers of DeFi, they include:

While we can’t examine all of these in detail, to some extent all security risk is an extension of the following security structures:

The security risks that arise as a result of the technical structure are through the exploitation of technical flaws of the blockchain systems.

This article has covered all the foundational sections of decentralized finance, explaining the origin of DeFi as a spin-off of traditional finance, its layers and services, and the type of risks on the network.