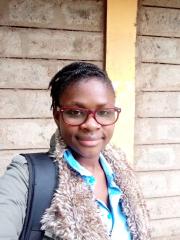 Encryption is a way of enciphering data especially when it’s in transit to prevent unauthorized personnel from gaining access to it. Encryption is always done with the intent of allowing only the intended recipient of a piece of data to have access to the data.

Maintaining the integrity, confidentiality, and availability of data and information is key in data communication and this is where data encryption comes in handy.

For a reader to understand this article, they should have the following prior knowledge:

What is an encryption algorithm?

An encryption algorithm is a set of rules used to transform data into ciphertext using an encryption key. This will make the data appear to be completely different from the initial data and will seem random.

The cipher will then be transmitted safely to a recipient who will then go ahead and recover the initial data through a process called decryption using a decryption key.

AES and RSA are both an example of the algorithms in data communication that are used for data encryption. AES is an acronym that stands for Advanced Encryption Standard while RSA stands for Rivest, Shamir, Adleman.

Getting started with the AES encryption algorithm

AES was initially referred to as Rijndael which is a Symmetric block cipher algorithm.

It was specifically developed for encrypting electronic data back in the United States by the National Institute of Standards and Technology. Ever since the AES has been used worldwide in encrypting confidential data.

AES was developed as a replacement for the Data Encryption Standard after it started showing vulnerabilities to brute-force attackers.

Functionality of the AES algorithm

The functionality of the AES algorithm might seem complex but in a real sense, it is really simple to understand. The first step is knowing that AES has 3 Block ciphers, namely:

Even though AES-128 has never been hacked, its resistance to brute-force attacks is worrying. Despite the security issues seen in AES-128, it is very fast and comes with a lot of efficiency in data encryption.

The AES-192 uses a key that is 192 bits long for the encryption and decryption of messages. It is more resistant to brute-force attacks as compared to AES-128 because it has a longer key, thereby more secure. Despite this, AES-192 is not commonly used, people tend to lean towards AES-256.

The AES-256 uses a key that is 256 bits long for the encryption and decryption of messages. This block is more secure when compared to the AES-128 and AES-192 because of the long length of the encryption key.

The longer the encryption key, the more difficult the algorithm is to hack. AES-256 is therefore very resistant to brute-force attacks when compared to the two previous blocks.

AES being an asymmetric block cipher, means that the key used in encryption and decryption is a kept secret and is only made known to the sender and the recipient of the message.

The key used when encrypting the message is usually the same key used to decrypt the message on the receiving end. When encrypting using AES, a person can either use AES-128, AES-192, or even the AES-256. During this encryption, some steps are followed to encrypt a message and these steps are done in rounds.

Each round is made up of several steps of substitution, transposition, and mixing of the message into ciphertext and also has a key called a round key.

Below is a simple diagrammatic representation flow of how AES encrypts data: 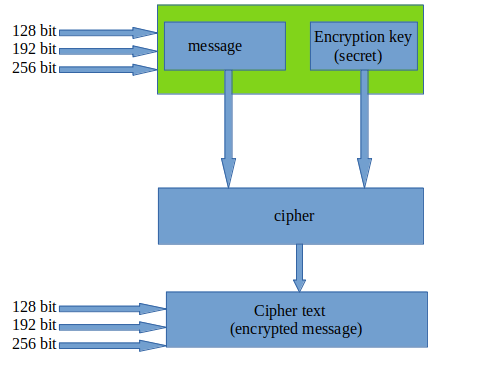 This illustrates that either of the 3 encryption keys is used to encrypt the message. The encryption process occurs in the “cipher” and an encrypted message is produced in the “ciphertext”.

Below is a step by step explanation when encrypting data using the AES algorithm:

Step 1: Generation of round keys

This occurs through a process called key expansion where the original secret key is used to derive round keys by use of Rijndael’s key schedule algorithm. 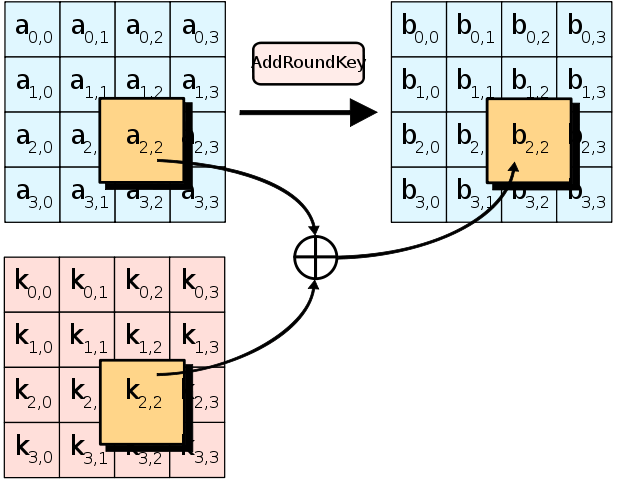 Step 2: Mixing of the message into ciphertext

This involves combining each round key that has been generated above with the plain message being encrypted. This is done using the Additive XOR algorithm. 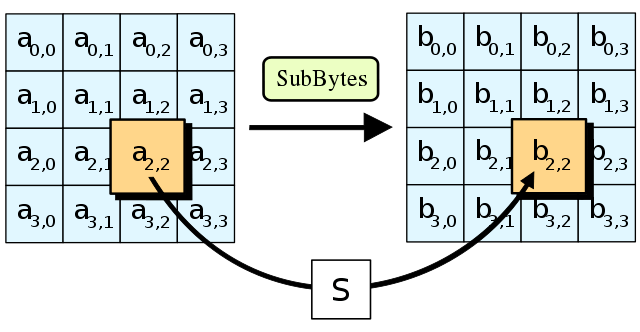 Shift all the bytes in the substitution table to the right.

An algorithm is used to mix the contents of each column. 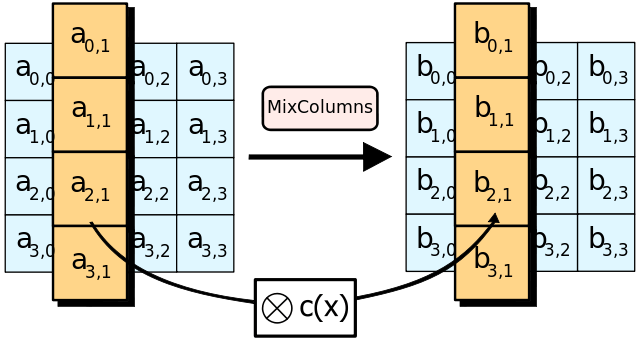 The entire process is then repeated several times with each repeat being called a round and encrypted with the round keys we generated in step 1.

Getting started with the RSA encryption algorithm

RSA was named after its first describers Rivest, Shamir, and Adleman. Rivest–Shamir–Adleman is an asymmetric encryption algorithm used by modern computers in data encryption and decryption.

This algorithm is based on the fact that finding factors of composite numbers is a difficult task.

Below is a simple diagrammatic representation flow of how RSA encrypts data: 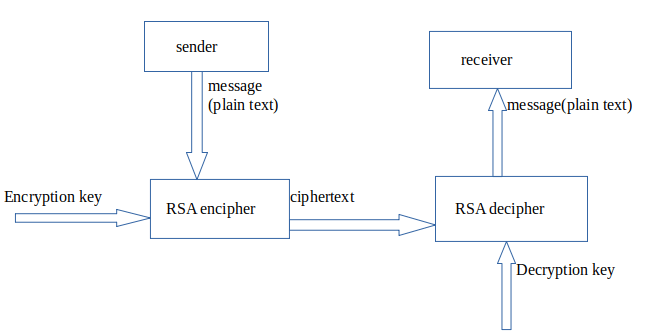 Below you will find a step by step list of instructions on how to achieve encryption using the RSA algorithm:

To generate the keys:

For example, let’s pick the prime numbers x and y

The receiver can decrypt the message using the expression G = c^d mod n according to the chinese remainder theorem.

Encryption is key in matters of information security. It is therefore vital to learn about the different algorithms used in data encryption other than AES and RSA. This will help broaden your horizons as far as data security is concerned.