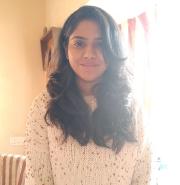 Introduction to Address Resolution Protocol(ARP) and its Types

ARP is a request-response or request-reply protocol in which one device sends a request to another device asking for some information, to which the other device will reply with the required information. It is a message exchange pattern. ARP packets are encapsulated by link layer and are distributed only in a particular network. As a result, ARP is said to be a link layer protocol.

Why do we need ARP?

Devices in a Local Area Network(LAN) are programmed to communicate using link layer addresses. Switches are not configured for a standard that will allow destination decisions to be based on IP within the same broadcast domain. A device that is not connected to the internet will not have an IP address. In that case, the network has to resort to using MAC addresses for communication. If a device wants to communicate with another device in the same LAN, it needs to know the MAC address of the other device’s network interface. This allows for the communication between the two end devices to be unicast.

How does ARP work?

Every device that is capable of handling IPv4 packets has an ARP table. An ARP table consists of IPv4 address to MAC address mappings. Switches do not have an ARP table as they are not equipped to handle IP packets. However, switches maintain another kind of cache mapping the MAC address of the non-switch devices connected to this LAN to the port where packets should go to reach that device. Switches will send out the packet on all the enabled ports if they do not have the destination MAC address in the cache. 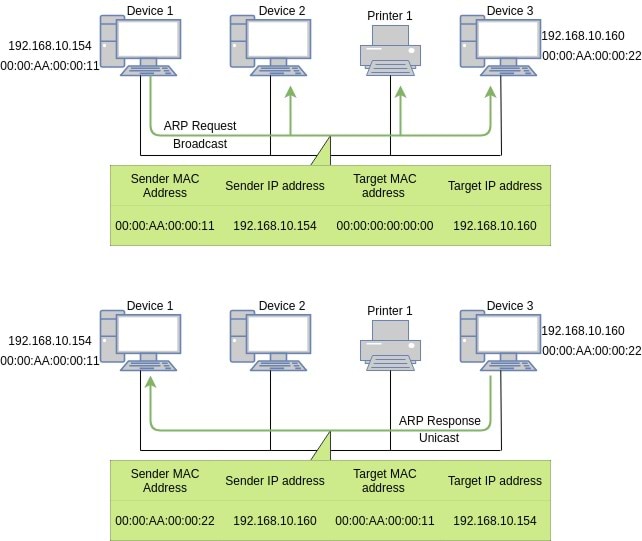 On Linux systems, ARP table can be displayed with the command “arp -an”. 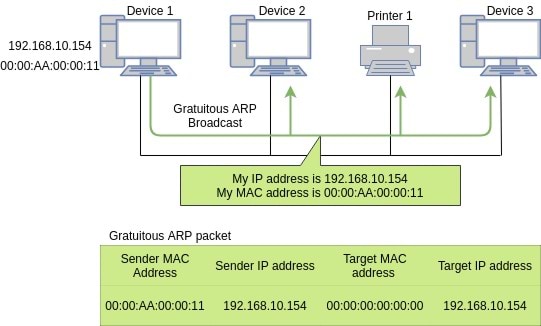 InARP is an addition to ARP technology that enables a device to request for an IP address corresponding to a given MAC address. InARP is defined in RFC 1293. InARP specifically applies to Frame Relay stations with Data Link Connection Identifier(DLCI) associated with a Permanent Virtual Circuit(PVC) that do not know the IP address of the station on the other side of this connection. The devices in a Frame Relay network do not have MAC addresses. Instead, they have a unique identifier called DLCI for every virtual circuit they are connected to. DLCI is the Frame Relay equivalent of a hardware/MAC address. InARP uses MAC addresses to find corresponding IP addresses. It is used mainly for device configuration. InARP is used when a device knows the DLCI of a remote router, but does not know its IP address. This is a common scenario on networks that share data-link addresses across different physical networks, such as Frame Relay and ATM. In that case, the device sends an InARP request asking for its IP address which, on receiving, it maps to its corresponding DLCI in the InARP table.

Proxy ARP is used to facilitate ARP exchanges in order to resolve IP addresses to MAC addresses in devices that are separated by routers in the same network or sub-network. Routers cannot forward Layer 2 packets and hence, ARP messages are never propagated outside of their networks. When a device wants to resolve the MAC address of another device in a different subnet, the router located between the two subnets acts as a proxy for the other device and responds to the ARP broadcast with its own MAC address. Proxy ARP is defined in RFC 1027. 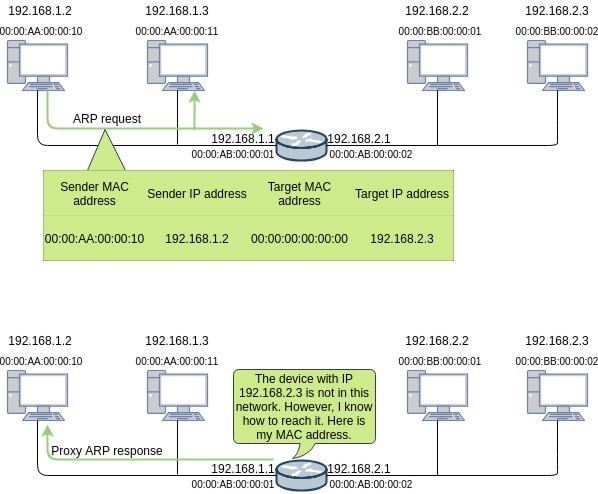 RARP is used by a device that knows its MAC address but not its IP address in a LAN. It is defined in RFC 903. RARP is essential for devices that do not have enough memory to store their IP addresses. Consequently, they resort to broadcasting RARP requests to the LAN. A specially configured host called the RARP-server, which stores MAC address to IP address mappings, is responsible for responding to RARP requests with the requested IP addresses. RARP is now obsolete and has been replaced by Bootstrap Protocol(BOOTP) and Dynamic Host Configuration Protocol(DHCP).