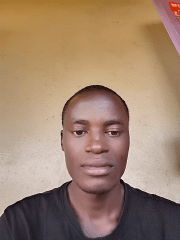 A lover of technology. An upright individual not afraid of getting out of the comfort zone and trying out new things.

A Beginners Guide to Python

Python is among the most popular programming languages in the world. It is ranked high in different StackOverflow programming surveys each year. This article helps beginners familiarize themselves with the basic concepts of Python. According to the official documentation, Python is a high-level and general-purpose programming language.

It is a preferred programming language for many developers due to its wide range of libraries. Individuals can use these libraries to create complex applications rather than building everything from scratch. Other reasons why developers love Python is because of its simplicity, flexibility, and versatility. Today, Python is being used in upcoming fields such as machine learning and artificial intelligence.

What you will learn

In this tutorial, you will learn how to define and use the following elements:

For simplicity, we will be using IDLE (Integrated Development and Learning Environment) in this tutorial. IDLE is the default Python code editor and compiler. You can download it from here. Also, note that this tutorial is based on Python 3.9 rather than the 3.6 version.

Variables are simply declarations that are used to store certain values. For instance, the variable name can hold the value of John Smith. Several rules need to be considered when declaring variable names. For starters, a variable name cannot begin with a number.

Variable names are case sensitive. This means that the variable school is not the same as School.

In Python, we do not need to declare the data type while writing a variable. This is because the code is compiled and interpreted later. The compiler will throw an error in case there is a mismatch in the data types.

Strings are usually presented in a text format. We will declare a string variable, as shown below.

When we run print(name), the output will be john.

These variables hold numeric values, as shown below.

We can find the total of the variables above using the following statement.

A TypeError is thrown when you try to add a string to an integer, as shwon below.

We can sum var1 and var2 by converting var1 to an integer using the int() function. The following code will execute successfully.

Make sure that the variable stores a value that can be converted to an integer before using the int() method.

There are only two Boolean values: True and False. In other words, something can either be true or false. We declare these values, as shown below. Please note that Python is case sensitive.

A bool() method can help convert a value to a boolean. The code snippets below showcase how a bool() function can be used.

The bool() function returns False when there are no parameters.

This data type consists of numbers that have a decimal place. A perfect example of a float variable is highlighted below.

Lists allow us to store numerous elements in a particular variable. For instance, we can have a list that stores all the student names in a class. We use [] to define a list.

Elements in a list are usually separated by a comma, as shown below.

Each element in the above students list has an index. By default, the first index is 0. So the item at index [0] is john, while the value at index 1 is Mary Thomas. A list of integers will look as follows.

The above function adds Guardian Angel at the end of the student_marks list.

We use len(student_marks) to determine the length of the list. We use the remove() function to delete something from the list. For instance, we can remove 90 from the student_mark list as shown below.

In lists, negative indices allow us to count elements starting from the last one. For instance, the element with an index of -1 in the above student_marks list is "Guardian Angel". The second last element 78 has an index of -2.

Methods are quite critical in programming. They help store reusable code. This means that a person can call already declared methods rather than writing statements from scratch repeatedly. This saves significant time, that can be invested in other productive activities.

In Python, we use the def keyword to declare a function. An example of a python method is shown below.

The above function prints success when it’s invoked. We can also pass data to a method, perform some calculations, and return the results. This is demonstrated in the code snippet below.

The return keyword ensures that the method returns a result after execution.

Note that a function can also call another method. This is illustrated below.

Loops are critical because they allow us to iterate through lists, check for different conditions, and continuously execute various statements. The main loops are for and while.

The for loop above will print every item in the student_list.

Note that the while loop above will be executed indefinitely until isChecked is set to false. You can press ctrl+c to stop the loop.

Classes are a vital component of object-oriented programming. When creating a class, you must use the class keyword. Other elements are then nested in the class. Here is an example of a Python class.

Classes can help as group things with similar characteristics. We can also assign values to class variables using the init function.

In the above Farmer class, the self keyword represents an instance of an object. In other words, it allows us to access the different methods and attributes defined in the class.

You can also declare a method in a class and use it later, as shown below.

We have learned how to define and use variables, methods, classes, loops, and lists from this tutorial. You can learn more about other concepts from here. The secret to becoming a Python expert is to regular practice.