One of the current go-to tools for people when trying to make their sites fast is Google’s PageSpeed Insights.

Enter an URL and it will generate a “score” along with a list of suggested fixes for any issues it thinks relevant. This score is out of 100 and is also split between mobile and desktop devices.

What does it mean?

It is important to note that Insight Score does NOT measure real world speed.

What it actually measures, is how well your site is inline with Google’s principles of what a fast performing site SHOULD be, in terms of structure and delivery. Now granted that these principles are generally correct, but sometimes they are not realistic for what you wish to achieve. More on this later.

These scores are indicators of potential performance, not actual performance. The Insight score simply indicates that Google believes site B can potentially be faster if it made changes to be inline with recommendations.

One thing to keep in mind is that the score is based on generic principles that should improve site speed. But sometimes a feature is placed on the site that contradicts the general principles, but for good reason.

One of the most frequent issues we see has to do with render blocking JS and CSS files. Render blocking is something that Insight often indicates as a serious issue that needs to be fixed. But there are occasions where you should do the opposite of the recommendation.

A good example of this is Optimizely scripts which are used widely. Their script should render block, because otherwise it will cause unintended “flicker” during page load. But Insight will flag this script as “blocking” unless you load it asynchronously.

Insight is good at giving an overview of where performance could be extracted, but it is no substitute for real data. As can been seen for the two following sites. Site A on the left has a much higher Insight score, but site B on the right is faster for all metrics. 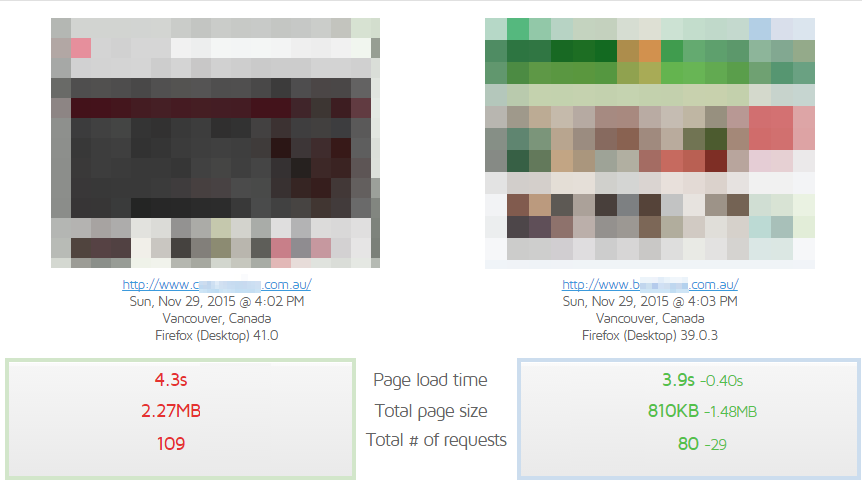 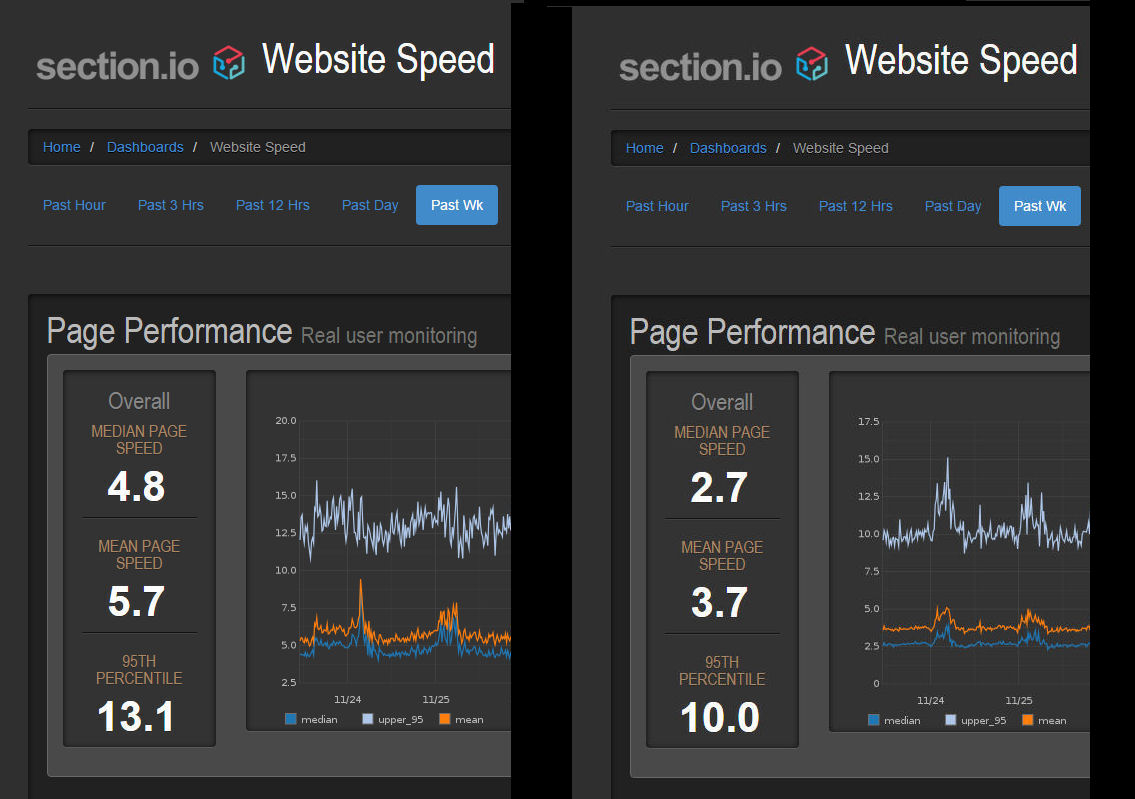 From the above results, it is clear that Insight scores are not a good indicator of speed. Insight should be used as one of many tools to help make your site faster, but not as an actual measure of performance. Use its recommendations as simply that, recommendations and not hard and fast rules. Then use real world data to measure the performance of changes.

Should a Product Manager have Page Load Time as a KPI?