Edge computing sets up a new paradigm for running software applications outside the cloud. A report from Gartner in October 2017 revealed that around 10% of enterprise-generated data already came from outside traditional data centers or cloud, and predicted this figure to rise to 75% by 2022.

Some of the industries benefiting from edge compute and driving demand for the future include:

**Internet of Things (IoT)**
The Internet of Things (IoT) is one of the most significant drivers of edge computing. As the number of connected devices explodes, a vast amount of data is being collected. By placing the majority of the processing within the devices themselves or at the edge in an IoT gateway, as opposed to in the cloud, the reliability of service improves in terms of speed, consistency, and pricing.

**Industrial Internet of Things (IIoT)**
The Industrial IoT takes this idea to an industrial level. Much of the telemetry that existing industrial devices pick up is ignored or lost over time (according to GE Digital, as much as 97%). By gathering and analyzing this data at the edge, industrial IoT gateways can maximize the efficiency and efficacy of industrial automation.

Logistics and Fleet Management
Logistics providers are already deploying edge compute (often in combination with the IIoT) for various essential tasks, such as tracking the movement of goods across warehouses and in their yards. 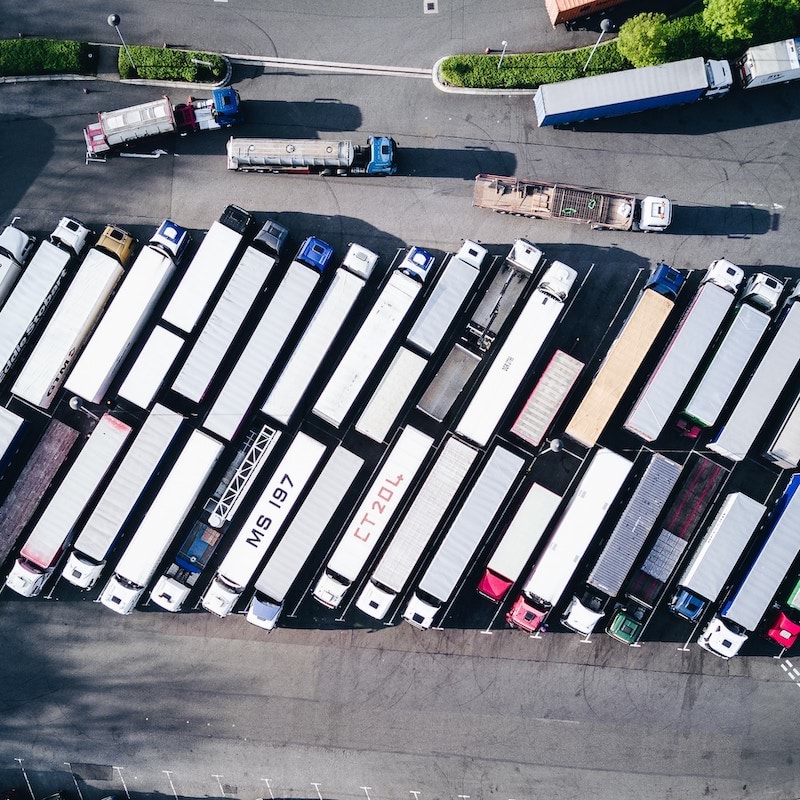 Fleet management services in industries such as truck provisioning can already leverage the benefits of edge computing, including lower costs, higher safety, and optimized performance. When a company needs to ingest, aggregate and send data from several different operational data points for processing, an edge compute fleet management solution can help a fleet manager proactively service its vehicles to get the most uptime at the lowest costs via localized computing.

Hospitals and Health Infrastructure
Hospitals are already using edge computing to collect information and leverage data gathered from wards and operating rooms in near real-time, giving staff more control and flexibility over the data. Similarly to the other use cases outlined, a decentralized approach increasingly makes sense as the volume and velocity of data goes up.

Sending all data to and from the cloud or data center for processing doesn’t make sense for those health organizations and hospitals that have embarked on a digital business strategy. By creating a network of smaller datacenters closer to where the data is produced - with specific purposes and features tailored for each use case, clinicians and healthcare staff can benefit from data being processed much faster. Furthermore, as each edge data center handles less information, security is increased because the volume of potentially vulnerable data is reduced, making it more difficult for hackers to infect an entire network. The proximity of edge data also makes it more available offline, which is particularly helpful in a healthcare setting when vital decisions need to be made in real-time.

Network Functions
Network functions (which comprise routers, switches, and firewalls) typically beget images of large metal boxes. Network Function Virtualization (NFV), however, has turned these closed systems into software that is able to run in a Virtual Machine (VM) or Docker container. Network functions therefore must run at the edge. The necessity for real-time performance with packet forwarding and security means that they can’t be outsourced to the cloud. The combination of edge computing with NFV makes it easier to manage the configuration and lifecycle of the newly virtualized network functions and enables the emergence of flexible edge computing platforms, such as Section’s Edge Compute Platform.

eCommerce and Retail
eCommerce sites demand low latency and scalability to ensure maximum sales. Seasonality in business is more typical in eCommerce than other industries, such as during a special offer period or holidays, so reliability is an important issue for maintaining service across such periods. By making it easy to scale up or down, edge computing can support eCommerce retailers through peaks and troughs in demand. 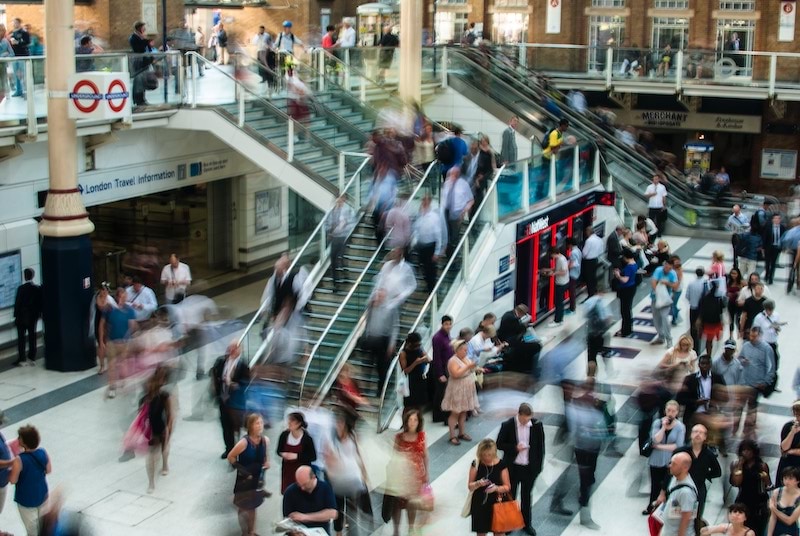 Meanwhile, retailers can benefit by gathering point of sales data at individual stores and transmitting the data back to central sales and accounting systems. Instead of having to send data to the cloud, it can be sent to more localized edge servers for collection and analytics, enabling faster responsiveness and improving security by minimizing the application attack surface.

Gaming
Low latency is imperative for online and mobile gaming as in-game experience depends on how quickly data can be collected, processed and acted upon by servers. This is especially true for multiplayer gaming, which due to its bandwidth needs and latency requirements is an ideal fit for edge computing. Multiplayer ping latency can hit single-digit milliseconds by matching games via location and placing game servers close by. The lower the latency between the server and the gaming device (whether a console, PC or smartphone), the lower the lag time and the more satisfying the gaming experience. It’s likely that the gaming community will support a better experience and increased user satisfaction, particularly given the recent rise in competitive gaming.

Storage Gateways
If a storage gateway is placed at the edge, this gateway can serve as a read/write cache, enabling the offering up of files that are cached locally in case the cloud storage service is unavailable. It can also offer the appearance of a quick local storage array even on a very slow uplink. Edge computing can help fix problems related to access to data stored in the cloud (whether speed or availability related).

Video Conferencing
Poor video quality, delays, and frozen screen shares are not uncommon in video conferencing today. These problems are often due to a slow link within the cloud in which multiple voice and video streams have to be multiplexed together. These kinds of quality of service issues can be resolved by placing the server side of voice and video conference software closer to callers. A set of voice and video servers placed in a more distributed environment worldwide can enable a more reliable, consistent experience for conference participants.

Virtual Assistants
Voice recognition and virtual assistants such as Amazon’s Alexa are now officially in the mainstream. As with other applications, sending data back to the cloud for voice and/or video content is expensive. Users don’t expect a hit to their data plans yet still demand optimal responsiveness in terms of speed. Edge computing provides a solution to this by enabling the execution of machine learning inference models, like those used in video and voice analysis, to run on the devices themselves or in smaller data centers closer to the end-users. If speech is converted to text at the edge, a megabyte voice recording can easily be converted to only a few bytes of text, significantly reducing the processing cost.

Autonomous Vehicles
According to Intel, autonomous vehicles, as a result of their hundreds of on-vehicle sensors, will generate 40TB of data for every 8 hours of driving. It is impractical, unsafe and cost-prohibitive to send all that data to the cloud; analysis and decision-making compute must be done in real-time with ultra-low latency to guarantee safety for passengers and the wider public. It is also unnecessary to send the entire set of data to the cloud as it has a very short-lived value; the most important factor is the speed of actuation in response to the data, hence why edge computing is a fit for autonomous vehicles and an important enabler of their innovation and adoption.

Content Delivery
Content delivery is the original reason behind the rise of CDNs such as Akamai and Limelight. By caching content, end users enjoy improved experiences online. Today, when that content is cached at the edge instead of the cloud, whether it is video, music or a traditional web page, end users benefit from optimized performance. Meanwhile, for developers, edge computing can free up the need to rely on a single CDN provider for all content delivery related services (e.g. caching, WAF, image optimization, etc.) and offer more flexibility to choose services and customize needs for each application or site.

As a result of the advances in edge computing, developers may soon have the ability to build a whole new class of consumer and industrial applications. At the Gartner Symposium/ITxpo in Orlando, Florida in 2018, David Cearley, Vice President and Fellow, told the crowded audience, “The future will be characterized by smart devices delivering increasingly insightful digital services everywhere”. Cearley added, “We call this the intelligent digital mesh”. He uses “intelligent” to signify the increasing amount of AI used in computing, “digital” to describe the growing combination of the digital and physical worlds, and “mesh” to signify the expanding connection points between people, enterprise, devices, content, and services.

Smart Cities
One of the prime use cases for the intelligent digital mesh is smart cities. The main goal of a smart city is to optimize functions, help propel the city’s economic growth and improve quality of life for its residents through the use of smart technology and data analysis.

The world’s population is growing more quickly than ever before. The United Nations recently predicted that 68% of the world’s population will live in urban areas by 2050. According to a 2017 report from the National League of Cities, 66% of cities in the US said they were investing in smart city infrastructure. 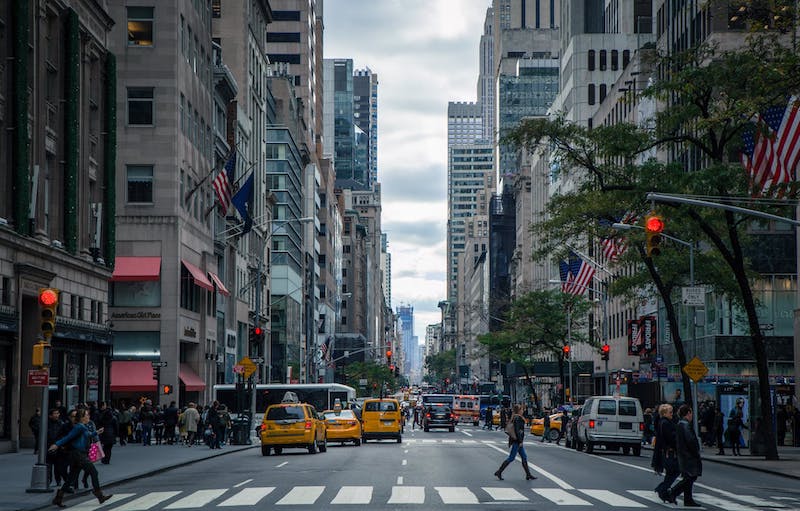 Using smart city initiatives to help manage a city’s growth could be ever more useful; for example, smart traffic management to monitor and analyze traffic flows can be used to optimize streetlights use or prevent roads from over-congestion based on rush hour schedules. Smart transit companies can better coordinate their services and fulfill the needs of riders in real-time. Ride-sharing can decrease the amount of regular traffic and provide a useful public service in a smart city. Energy conservation and efficiency can be improved via smart devices, such as energy sensors and smart grid technology. Environmental concerns such as air pollution and climate change can also be monitored and addressed.

The potential of smart cities the world over and their need for continuous connectivity can be enabled through edge compute and localizing digital infrastructure. In order for smart cities to become a reality, however, major investment in effective edge computing will be a necessity.

Applications Not Yet Imagined
There are many possibilities for edge applications that remain unimagined. As edge computing becomes more of an adopted reality, there are seemingly boundless opportunities for everything it can and will enable.