Edge computing was one of the only accelerated technologies in 2020. As people worldwide had to lean more heavily than ever on digital solutions, Internet infrastructure was called into question for capacity limits. Many users saw broadband speeds drop by as much as half. Netflix, Amazon Prime and YouTube were asked to reduce the quality of their streams to improve network speeds.

The attractiveness of a decentralized form of compute has become increasingly obvious. As we leave 2020 behind and look ahead to 2021, edge computing will continue to benefit from increased investment and innovation.

Here are Section’s predictions on edge computing for the year ahead.

Two of the largest research agencies, Forrester and Gartner, are each predicting that 2021 is the year that edge computing will enter the mainstream.

“Public cloud entities won’t disappear, but they won’t dominate the future of distributed computing. Their culture is based on massive data centers and tight control of the architecture, the exact opposite of what is needed to serve customers locally. Vendors with a winning edge strategy will do better.” Forrester Predictions 2021

“Edge computing is entering the mainstream as organizations look to extend cloud to on-premises and to take advantage of IoT and transformational digital business applications. I&O leaders must incorporate edge computing into their cloud computing plans as a foundation for new application types over the long term.” Gartner 2021 Strategic Roadmap for Edge Computing

The use cases for edge computing are vast, from multi-player gaming to cutting-edge healthcare to customized finance solutions. A diverse array of industries is driving the push towards edge computing, looking to benefit from increased scalability, greater reliability, enhanced regulatory compliance options and better performance. The global rise in data use, the continued push towards innovative technologies like VR and AR, the growth of 5G networks, and a long-term remote workforce will all drive an increased demand for edge computing.

For edge to go mainstream, persistent data at the edge must be conquered. Developments on a number of fronts have shown we can move persistent data to the edge to let dynamic applications execute at the edge with the data right there beside them. This means edge will be much more than just a layer for caching, streaming, object manipulation or other ephemeral applications.

Those companies who embrace cloud native will position themselves for the next step in the digital transformation journey and make edge computing business and operational models more viable.

The developer-led movement towards cloud native is characterized by an increasing number of developers adopting cloud native principles when constructing applications. Benefits include easier application lifecycle management, faster deployment, greater flexibility and scalability, and from a business point of view, cost savings. While many SaaS providers offer cloud-based deployment options today, a significant majority have not yet moved towards edge enablement, which will allow them to leverage even greater benefits and act as a launchpad for digital innovation.

Cloud native technologies such as Kubernetes allow organizations to maximize efficiency. Section has experienced the benefits of Kubernetes at the edge first-hand, for instance, leveraging flexible tooling, running edge workloads anywhere along the edge continuum, and the ability to be infrastructure-agnostic.

“The technical evolution of edge will follow the evolution of application development, delivery and operations, relying on repeatable and reusable microservices at scale.” Gartner

3. Automation will become the standard for edge scalability

Automation can be programmed in response to an application’s required compute attributes, traffic served, and performance. This is driving innovation toward more performant and efficient edge computing..

Paths towards this include:

Additionally, automation has the potential to play a significant role in the needs of the tech industry to reduce overall energy consumption by offering a more sustainable energy model.

4. 5G is poised to support IoT at scale

As 5G becomes steadily more available, it will offer reduced latency to compute at the network edge, particularly when combined with mobile edge computing (MEC). 5G will also offer a way to connect edge devices, especially in the consumer realm.

An area currently being much discussed in the press is the fact that major telecom networks will provide 5G with most Americans likely to have access to 5G connectivity some time in 2021, yet this won’t add up to continuous national coverage. Private 5G networks will step in to fill the gap, being deployed and enabled by manufacturers like Huawei, Nokia and Ericsson.

There will also be implementations of private 5G in settings that require low-latency, high-speed, high-density wireless connectivity, particularly industrial settings, such as logistics centers, manufacturing plants, and ports. Use cases for 5G in these settings include AR/VR for remote inspection, surveillance and remote monitoring. Enterprises that want to keep their data wholly onsite will need, in addition to a private network, the ability to process data locally, by, for instance, equipping its devices with edge AI chips to enable them to perform those computations online.

5. AI learning will move to the edge

This shift will be possible due to new inference chips e.g. from Intel, Hailo and Nvidia, in addition to new machine learning (ML) techniques, such as reinforcement and federated learning. Edge AI chips allow ML tasks to happen on-device instead of in a remote data center. Moving processing and storage closer to users and “things” that are generating the data not only lowers latency, but also addresses concerns around bandwidth, autonomy and data privacy.

Edge AI chips will likely appear in an increasing number of consumer devices, including high-end smartphones, tablets, smart speakers, and wearables. Edge-based ML will also enable a wider set of uses, including a wide range of industrial applications, from optimization of production to predictive maintenance.

6. Front-end development at the edge will come into its own

Static site generators (SSGs) have become increasingly popular in recent years due to their simplicity, security benefits, and their ability to serve content quickly. Developers are turning away from content management systems (CMSs), such as WordPress and Drupal, because of the challenges that slow them down.

SSGs apply data and content to templates, process them, and output a folder with the resultant pages and assets. This shifts the work away from “request time” (users ask for the view of a page) to “build time” (unrelated to when users ask for the view). This architecture breaks the relationship between the amount of visits to a site and the overhead of generating the views to service all of those visits.

JavaScript developers are turning more to SSGs, in particular Jamstack, because of its use of modern technology and JS frameworks, offering a strong developer experience. Jamstack enables lower latency partly because of its ability to serve pre-built files over an edge compute platform. By serving Jamstack projects directly from the edge, much faster speeds and superior performance can be achieved.

7. We will see accelerated data center growth at the edge

Telcos and enterprises are driving most of the growth at the edge (compared to hyperscalers driving overall data center capacity growth). Edge data centers offer the potential to help reduce latency, overcome intermittent connectivity, and store and process data closer to the end user. 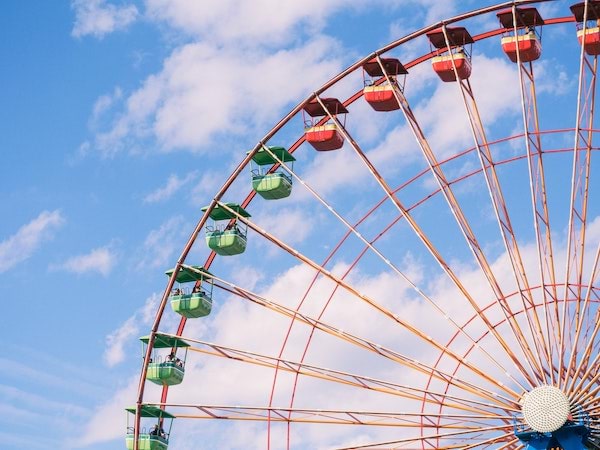 The Challenges of Distributed Databases at the Edge